» Uncategories » #District2020: Wondering What Will Happen To The Expo2020 Site After The Event(Read This)

#District2020: Wondering What Will Happen To The Expo2020 Site After The Event(Read This)

The Expo 2020 Dubai legacy site will transform into a residential community once the world's fair is over — with cycling the main method of transport. 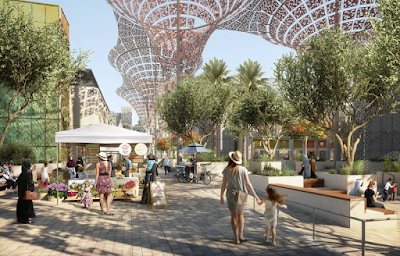 District 2020 will become the country's first “15-minute city”, meaning it will be possible to walk or cycle from end to end without the need for a car. David Gourlay, director of architecture for District 2020, the name of the legacy site, took visitors on a cycling tour of the site on Wednesday. There is already a major focus on its future use, he said, with only 56 days to go until its grand finale. “With Expo 2020 Dubai ending on March 31, we hosted this tour to highlight how the site will evolve into a fully integrated community, and a 15-minute city that offers workers, residents and visitors everything they need in close proximity,” he said. “A big part of District 2020’s infrastructure is centred around health and well-being with the aim of promoting an active and balanced lifestyle. “The site will feature smart mobility solutions that encourage sustainable and flexible means of movement, allowing people to travel safely and conveniently between their office and home. “This includes a range of mobility options that link the site, such as a dedicated autonomous vehicle route, a 10 kilometre cycling track, interconnected, wide pedestrianised pathways and a 5km jogging track.”
Mr Gourley spoke after an event at Expo's Health and Wellness week. Examples from the International Well Building Institute (IWBI), Copenhagenize Design — an index providing a ranking of bicycle-friendly cities — and the Swedish Public Health Agency were also featured. The Expo 2020 Dubai site forms of large part of Dubai's 2040 Urban Plan. Much of the city's physical expansion to accommodate a projected population of 5.8 million is focused in the southern part, with expanded suburbs around Expo and Silicon Oasis. Once the world's fair draws to close on March 31, work will begin on transforming the $8 billion site into a residential and commercial community. It is estimated that about 80 per cent of the structures will remain in some form.
The UK has already said it will open a hydrogen innovation centre with the UAE on the legacy site. Italy's government said it will run a “renaissance” legacy project at the site to preserve archaeological artefacts and art recovered from war zones. Speaking to The National shortly before the world's fair began, chief experience officer Marjan Faraidooni said some of the largest buildings on site, such as the Mobility pavilion, were built with the future in mind. “When we thought about the buildings, we automatically thought about what these buildings would be doing after the event is over.
For this particular one — Mobility — the legacy is very flexible,” Ms Faraidooni said.
“We have worked closely with the architects on a design that allows us to shift and repurpose it as a commercial office building.” 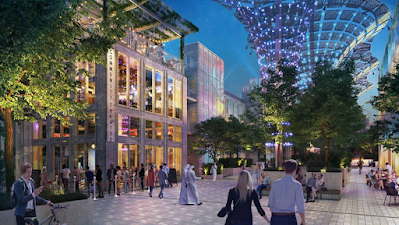 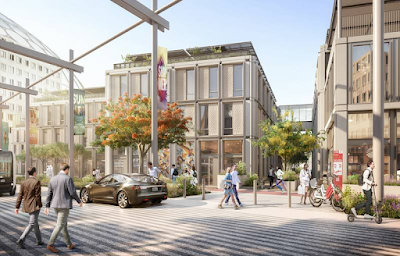 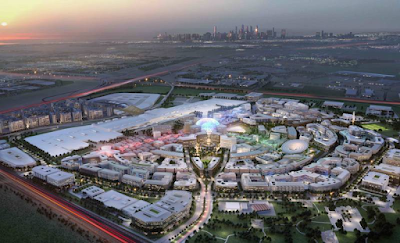 Title : #District2020: Wondering What Will Happen To The Expo2020 Site After The Event(Read This)
Description : The Expo 2020 Dubai legacy site will transform into a residential community once the world's fair is over — with cycling the main method...
Rating : 5
Related Posts:

0 Response to "#District2020: Wondering What Will Happen To The Expo2020 Site After The Event(Read This)"