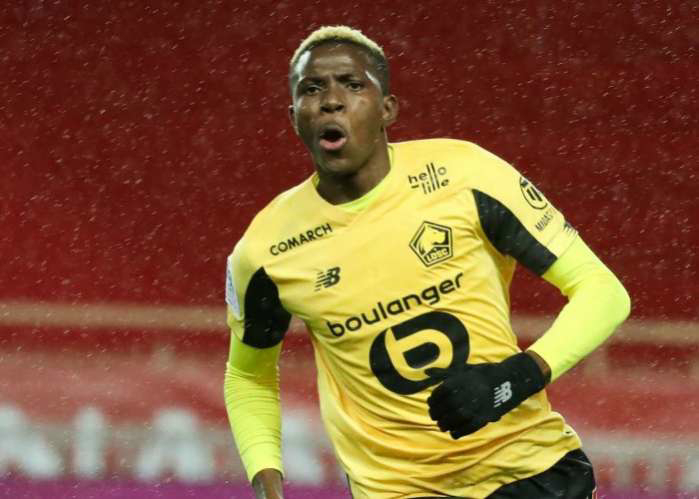 Victor Osimhen has picked up the award for the best African Player in Ligue 1 for the year 2020.

The award which is named after the late Cameroonian midfielder Marc-Vivien-Foe is organised by Radio France International and France 24.

Osimhen beat his international team-mate Moses Simon and eight other African star to the prestigious award.

Osimhen, who was also voted Lille player of the season scored 18 goals and recorded six assists in 38 appearances across all competitions during the campaign.

Six players from the club have won the award in the past.

Nicolas Pepe won the 2019 edition before his switch to England after his fine contributions for Lille last season.