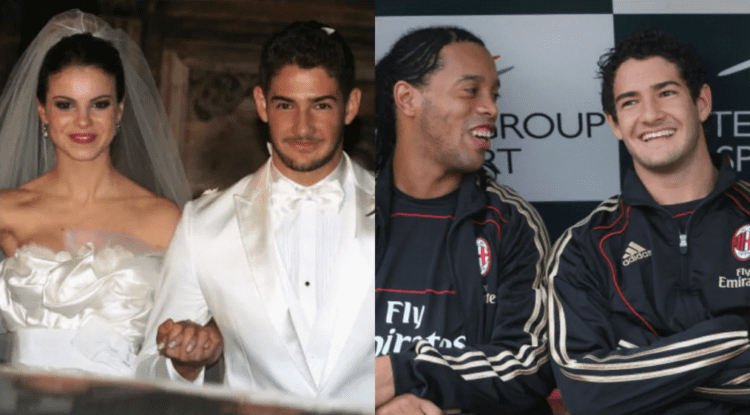 The former Chelsea and AC Milan star is believed to have lived too much of a party boy lifestyle which affected his career and marriage.

The former AC Milan and Chelsea striker was once considered the next big thing after bursting onto the world stage as a teenager.

It was his drinking and clubbing that ended his first marriage and had been in an on-off engagement with actress and model Brito.

Pato and Brito had an extravagant wedding in 2009 at the five-star Copacabana Palace in Rio de Janeiro after meeting at a photoshoot two years before their marriage.

Pato and Brito in matching white Dolce & Gabbana outfits for their wedding which cost an eye-watering £170,000.

But their union dissolved after Brito claimed her husband’s partying lifestyle with his former teammate Ronaldinho was the reason they got separated.

The 30-year-old currently plays for Brazilian side Sao Paulo after spending two years in the Chinese Super League.

He last featured for the Selecao in 2013 and has had series of injury problems which has affected the most part of his career.