Prince Harry touched so any heart at this year’s WellChild Awards.

While delivering a speech at the annual awards ceremony on Tuesday, the husband to Meghan Markle opened up about how this time last year, he and his wife were secretly expecting their first child together. And he broke down in tears as he told this story.

“Last year, when my wife and I attended, we knew we were expecting our first child — no one else did at the time, but we did — and I remember…” he said before his voice trailed off as tears welled up in his eyes.

“And now, as parents, being here and speaking to all of you pulls at my heartstrings in a way I could have never understood until I had a child of my own,” Harry added.

Check out the heart-melting video below:

The Duke of Sussex delivers his speech at the #WellChildAwards, in association with @GSK. To see the full speech, head over to our Facebook page. 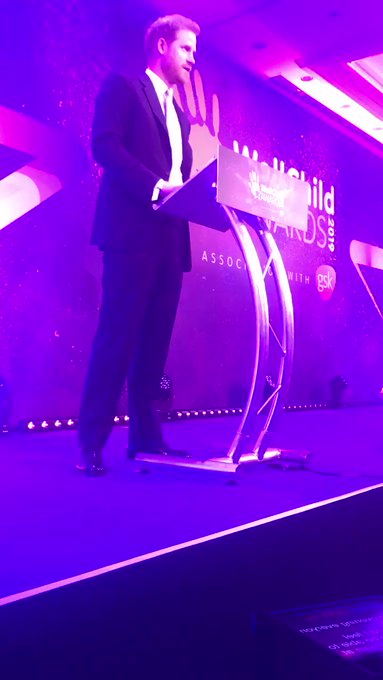 Title : Prince Harry Tears Up as He Speaks About Meghan Markle’s Pregnancy
Description : Prince Harry touched so any heart at this year’s WellChild Awards. While delivering a speech at the annual awards ceremony on Tuesday, the...
Rating : 5
Related Posts: News