OAP Dotun has given an update on the woman who was filmed flogging a boy after which she locked him in a cage with fierce dogs (read here). Dotun said the woman was caught today and she will be charged. He added that the boy will be placed in a shelter until the case is resolved. 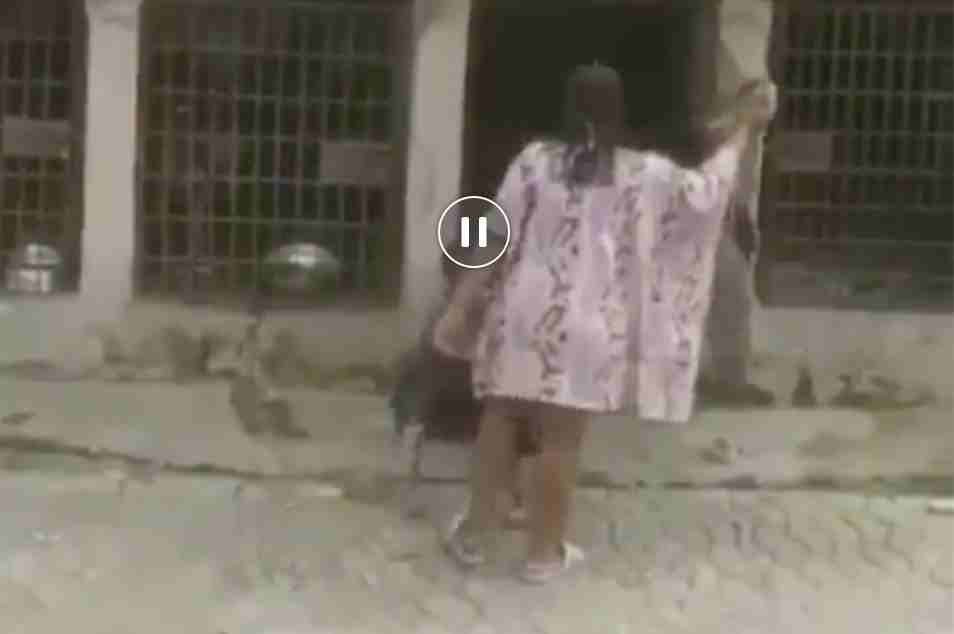 Read the update he gave on the child abuse case below. He captioned the post;

“I am not a freedom fighter. I am just a concerned dad and uncle. we all have kids, nephews, nieces and wards that we all care about. We all should have a heart and some might guilty trip you to say you are not doing enough or might relate it to everything that isn’t right in this country but start with a problem at a time.

Do your part and you don’t have to be a celebrity to use your voice. Thank you so much @opetodolapo and the whole police force.. you did an amazing job.. we are very grateful… thank you @funkejenifaakindele God bless you for helping.

I promised not to release her identity cos this is just for her to get a reformation according to the law, still have a life afterwards, learn her lessons and let that boy grow right… God Bless you all 🙏🏽🖤🇳🇬” 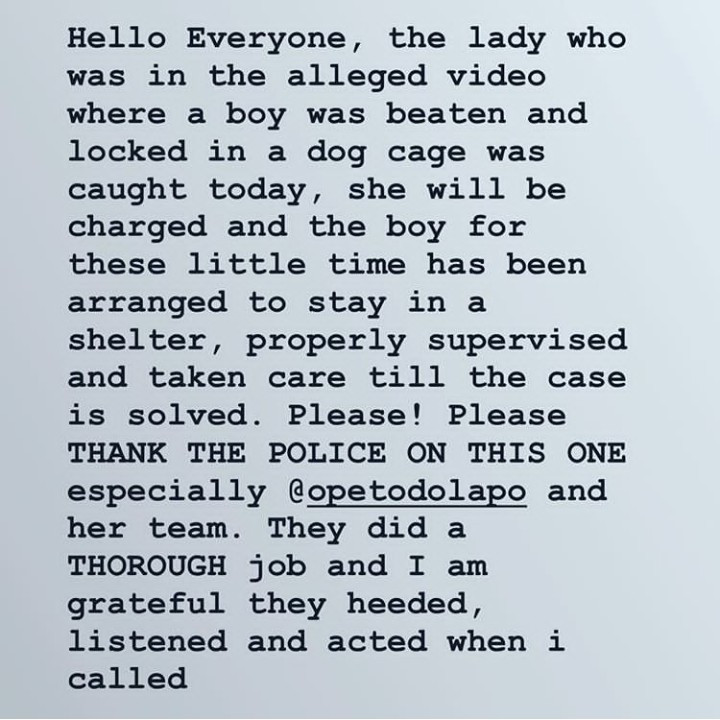