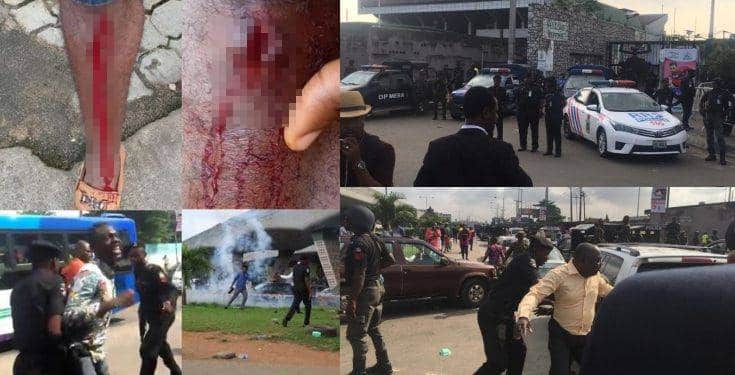 Members of the #RevolutionNow movement who converged on the National Stadium, Surulere, Lagos, on Monday, were forcefully dispersed by soldiers and policemen.

The protesters, who arrived at the stadium around 7am on Monday, for the kick-off of the protest met a detachment of policemen at the entrance of the stadium. Some soldiers later joined the policemen. 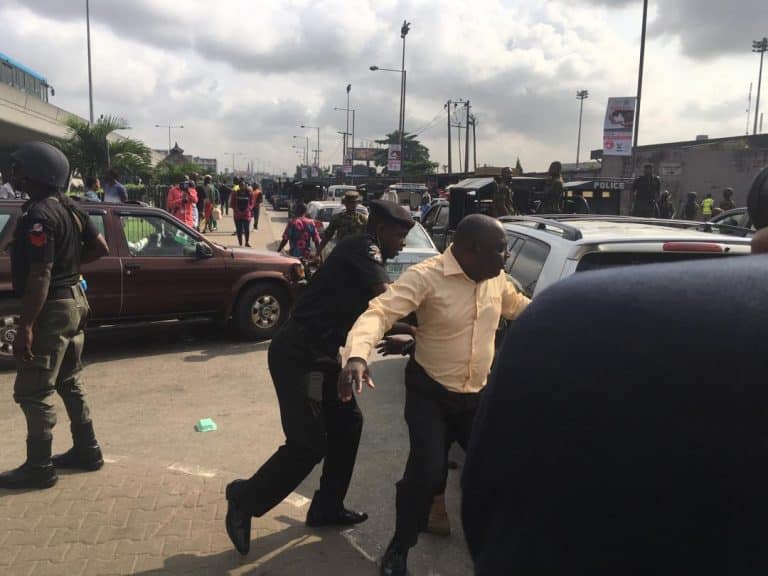 One of Sowore’s supporters being led to a police van

Eliaz Ozikpu, one of the protesters told TheCable, that he was discussing the protest plans with others when security operatives crossed over the road to meet them.

“We were standing here, while they watched us from the other side. Suddenly, they moved on us and said we can’t talk to the press. We weren’t even talking to the press yet. We were addressing ourselves,” he said.

The protesters, however, started chanting calling for the release of Omoyele Sowore, convener of the movement who was arrested Saturday by operatives of the Department of State Services (DSS).

Shortly after, policemen fired teargas and shot into the air to disperse the protesters. Some members of the movement were also arrested.

A policeman, who spoke off the record, told TheCable that Mohammed Adamu, the inspector-general of police, ordered that the protesters should be dispersed.

“We have a standing order from the IGP, not even the CP in Lagos can stop us,” he said.

Peter Afunaya, spokesman of the DSS, had told reporters in Abuja on Sunday that Sowore was arrested because he “crossed lines”. 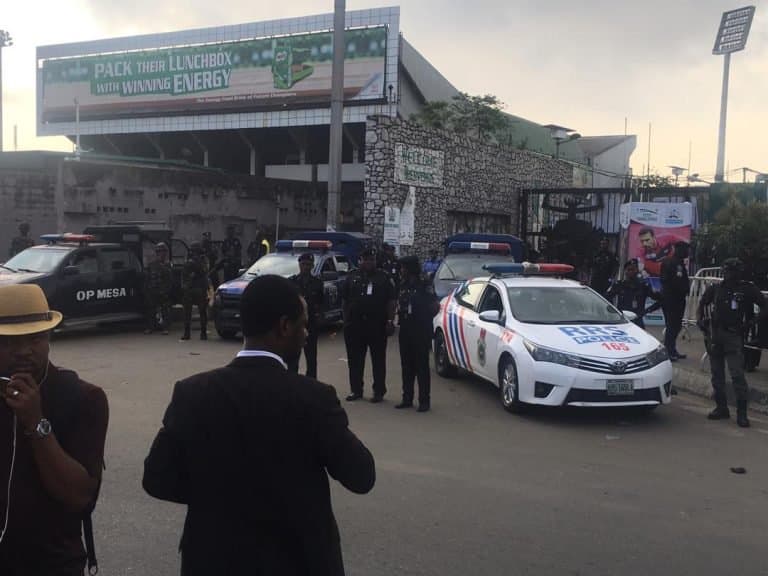 Policemen at the entrance of the stadium

“Sowore has as a matter of fact threatened the peaceful co-existence and social harmony of Nigeria, there is apprehension, there is anxiety, citizens and residents are worried as to what will happen next. We want to use this opportunity to assure law-abiding Nigerians, friends of Nigeria, and citizens of the world, that come tomorrow (today) 5th August 2019, there will be absolute peace in Nigeria, nothing will happen,” he had said.

“There won’t be any revolution, the government that has been elected democratically will be in place, there will not be any forceful takeover of government and the DSS will not stand idly by and watch self serving people take laws into their hands.”

Watch the video below;