» Entertainment » BBNaija 2019: Housemates Campaign For Votes For Others Up For Eviction

BBNaija 2019: Housemates Campaign For Votes For Others Up For Eviction

Last night during the diary sessions, Big Brother asked the housemates to campaign for votes from viewers on behalf of the housemates put up for eviction. The campaign was supposed to be an act of kindness. 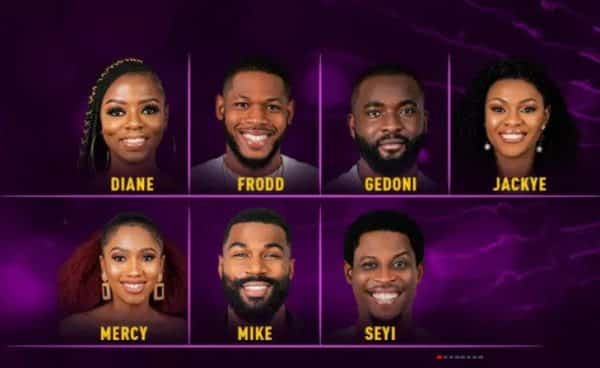 Mercy and Diane had the highest number of housemates campaign for them. The sweetest thing that happened was that they campaigned for each other. Ike also campaigned for his love saying a big “Thank you biggie” when he was asked to campaign for one housemate. He then went on to tell viewers to please vote for Mercy because he needs her in the house.

Sir Dee, Esther and Elozonam also campaigned for Dianne, with each of them saying nice things about her. It was a little bit shocking though to see that Esther did not choose to campaign for Frodd who she has been getting very close to. Gedoni also got three housemates to campaign for him, with Seyi and Frodd calling him a good friend during the campaign. Khafi, on the other hand, begged viewers to vote because she needs him (Gedoni) in the house.

Tacha chose to campaign for Seyi and then said “I need Seyi by my side in this house, so please vote for Seyi. If you love Tacha vote for Seyi”. She also called on her fans, Tacha Army to vote for him too. Cindy was the only person to campaign for Frodd, saying that “though people say he is troublesome, I just think he is just being defensive and I don’t see anything wrong with being defensive, especially when you have a strong personality.”

Mike, Jackye, Mercy, Diane, Frodd, Seyi and Gedoni are all up for eviction this week. Voting is still open and fans can still save the people they love by voting for them.

Title : BBNaija 2019: Housemates Campaign For Votes For Others Up For Eviction
Description : Last night during the diary sessions, Big Brother asked the housemates to campaign for votes from viewers on behalf of the housemates put up...
Rating : 5
Related Posts: Entertainment

0 Response to "BBNaija 2019: Housemates Campaign For Votes For Others Up For Eviction"