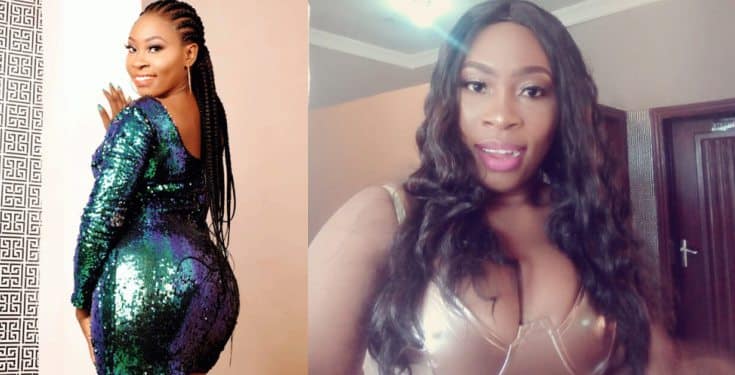 In a world full of single mothers and unmarried women, it’s probably unfathomable why on earth a woman would shun a marriage proposal.

It is presumably what any woman would jump at but it seems this does not apply to budding Nollywood actress, Olive Utalor, who turned down a marriage proposal from her fiancée of many years. Her reason? The proposal did not come with a car for her.

“On my birthday last year he promised me a car and now he wants me, Olive Utalor to get married to him without a car, it’s not proper. I don’t care if he has supported me through school. I can’t be trekking under the sun when I am somebody ‘s wife. He should go and look for his class,” the actress blurted out in a chat when Potpourri reached her to find out why she rejected a marriage proposal.

It was gathered that the proposal was made by the fiance, who is a civil servant, a primary school teacher to be precise, on his birthday expecting his girlfriend would be pleasantly surprised and accept but her reaction so much disconcerted him that he contemplated taking his own life. In fact, he was said to have stood on a road perplexed, waiting for any car to run into him.

The whole scene had taken place on a busy working day at a shopping mall in Asaba, Delta State before gaping eyes of many passers-by. The heartbroken boyfriend had thought he had everything perfectly planned and the timing just right, so, rejection was the last thing on his mind but his sweetheart of many years had other ideas.

“I can’t pretend that he is right for me. Yes, he saw me through the early stages of my tertiary education but that doesn’t mean we are right for each other. If he cannot get me a car there can be marriage. I’m not being callous, I’m just being true to myself,” she said smugly.

The Delta State-born actress is quietly making her imprint on the landscape of the movie industry as she has featured in some really good films. Some of the most recent films she featured are Yahoo King, Hope of Glory, Loving Soul, My Pregnant Daughter, Cursed and many others.

Title : I can’t accept marriage proposal that doesn’t come with a car – Olive Utalor
Description : In a world full of single mothers and unmarried women, it’s probably unfathomable why on earth a woman would shun a marriage proposal. It ...
Rating : 5
Related Posts: News