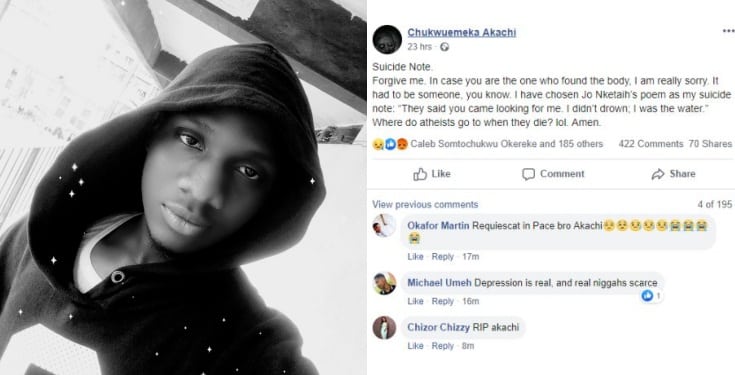 A young Nigerian poet has committed suicide hours after he took to Facebook to write a suicide post that no one paid attention to.

Chukwuemeka Akachi was suffering depression and spoke about it on a Facebook post hours before he took his life. Sadly, the post barely got any reaction as people thought he was simply seeking attention.

He wrote on Sunday, May 12: “My mental health has been on life support for a while now. Thanks to those who call. Text. Visit. Speak to me. May we always remember. May we never forget. You may have added a few hours, months or days to my time here. But you know life support is expensive right? Thanks for trying. Amen.” 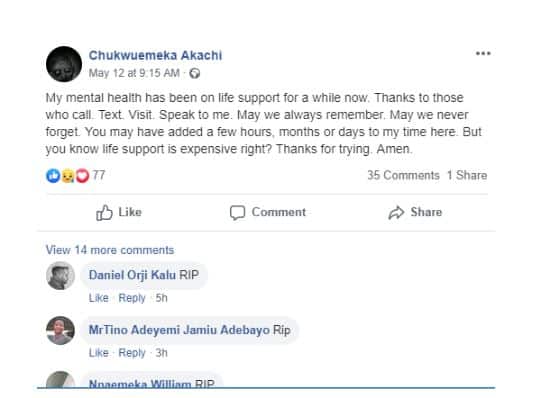 Then, on Monday, May 13, just before he ended his life, he shared a post titled, “suicide note”. In it, he made it clear that he was about to take his life. But very few paid attention to it until he followed through with the suicide.

His suicide note reads: “Suicide Note.
Forgive me. In case you are the one who found the body, I am really sorry. It had to be someone, you know. I have chosen Jo Nketaih’s poem as my suicide note: “They said you came looking for me. I didn’t drown; I was the water.” Where do atheists go to when they die? lol. Amen.” 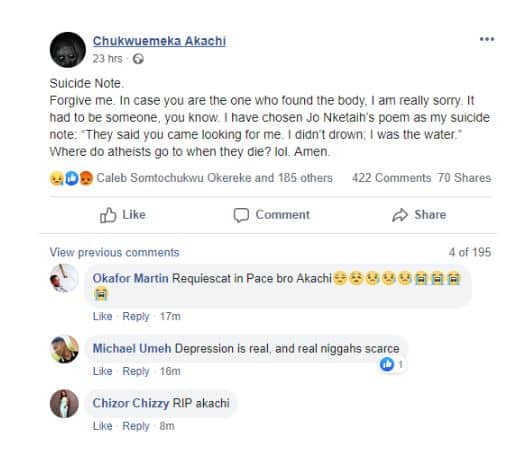