A Nigerian lady who was forced into prostitution in the United Kingdom, has revealed that she slept with 7000 British men in a period of 4 years.

The 33-year-old had come to the UK from Nigeria, six months earlier on the promise of getting a job as a receptionist in a city office.

But when she was picked up from Heathrow Airport, she was bundled into a rusty van and driven three hours to Nottingham – where she was locked up in a brothel and forced to have sex with over 7,000 men over four years.

While finally free and living in Birmingham, Stephanie, now 46, endured eight years of slavery in total. She was only entitled to 45 days of help from the government before she was made homeless and is still seeking asylum.

The Sun’s Stamp Out Slavery campaign, in conjunction with the Co-op, is calling for this period of time to be extended so that victims like Stephanie have more time to recover and rebuild their lives.

“I’ve been through hell. I don’t trust anybody now.”

When a man from her local church offered to pay for her flight to the UK, where he promised she could get an office job, she jumped at the chance.

“I felt excited, but also a bit scared. The girls I’d travelled over with were taken somewhere else from the airport, so I was on my own – that’s when I realised something was wrong.”

She was taken in the back of a van to a flat in Nottingham from the airport.

When she arrived, she was shown to a room covered in thick black damp wallpaper, with nothing but a dirty mattress on the floor.

Exhausted from the journey, she fell asleep.

“No one told me what was going to happen but the next morning I heard voices in the hallway. I was too scared to come out of my room but knew something was going on.

“Suddenly my door was opened and a man came in and shut the door behind him.”

Unbeknown to Stephanie, she had been trafficked into a brothel – where four other girls were already working – and this was the first of thousands of clients she’d be forced to sleep with over the next four years.

“It happened daily,”. “Sometimes more than five men would visit me a day and pay my mistress afterwards. “She gave me and the other girls there alcohol, and dealt with all the money so I had no money of my own.

“I was threatened. She said if I didn’t do what the men wanted I’d be sent back home, but there was nothing there for me. I was so scared.”

In 2010, Stephanie saw her chance to escape. She says: “I was allowed out to go to the shops, but I was monitored.

“One day I got lucky. I went to the shops and I came across a kind woman. I told her I needed to get a train as some people were coming after me and she gave me £50.”

Stephanie seized the opportunity and got the first train to London – but when she got there, she didn’t know what to do and ended up sleeping in a shop doorway for the first few nights.

“I ended up being homeless for over two years, begging and sleeping on night buses or trains – wherever I could.”

Now, Stephanie is in temporary accommodation and has had counselling to deal with the trauma. 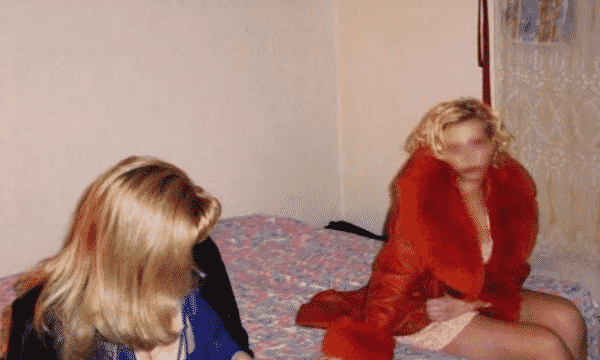