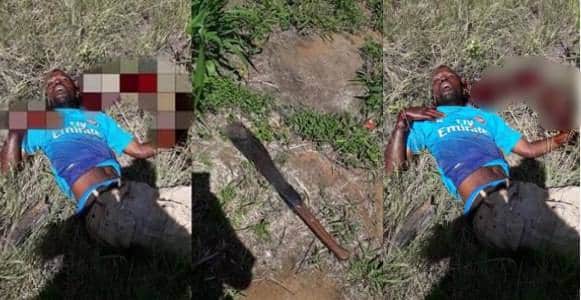 A man hacked to death a suspected rapist who allegedly tried to rape his pregnant wife. The husband of the pregnant woman hacked the man with a machete when he entered their residence armed with a panga ( a machete-like tool) and attempted to rape his wife who is 5 months pregnant.

The husband was in one of the bedrooms and rushed to his wife’s aid when he heard her screaming for help on Monday, March 4. When he found the suspect attempting to rape his wife, he grabbed the suspect’s machete and repeatedly hacked him with it.

The suspect stumbled out of the home, bleeding heavily and collapsed outside the residence at Magwaveni – Tongaat in Kwazulu Natal, South Africa. 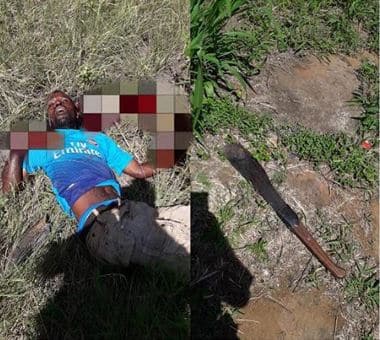 When the Reaction Unit South Africa arrived at the residence after receiving a call from a member of public reporting the incident, they found the suspect lying outside the home bleeding excessively from injuries to his head and arms.

Paramedics from the Provincial Ambulance Service were called to the scene and upon arrival found that the suspect had died from his injuries.

The victim’s husband has been arrested while police investigate further.