A pretty young lady has been eulogized on social media after a photo where she rocked her NYSC uniform posing with a dog  emerged on-line. The Beautiful photos of a the Gorgeous serving Nigerian Youths Service Corp member Trends online, As the lady in the picture looks Super Beautiful and takeaway.  Photo below;

Recently in the news, The below photo of an alleged female member of the National Youth Service Corps (NYSC) rocking her Khaki in style, has emerged on-line and is making rounds on social media. The young lady who has been trailed with mixed reactions and criticisms by on-line users, was seen wearing a re-designed Khaki uniform in an inappropriate way where the trouser was turned to shorts and worn with cross-belt.

The identity of the corps member or where in Nigeria the photo was taken, were not ascertained as at the time of filing this report.

NYSC Also known as The National Youth Service Corps (NYSC) is a scheme set up by the Nigerian government to involve Nigerian graduates in nation building and the development of the country. There is no military conscription in Nigeria, but since 1973 graduates of universities and later polytechnics have been required to take part in the National Youth Service Corps program for one year.This is known as national service year. Ahmadu Ali served as the first Director-General of the NYSC until 1975. The incumbent Director-General is Brig. Gen. Sule Zakari Kazaure 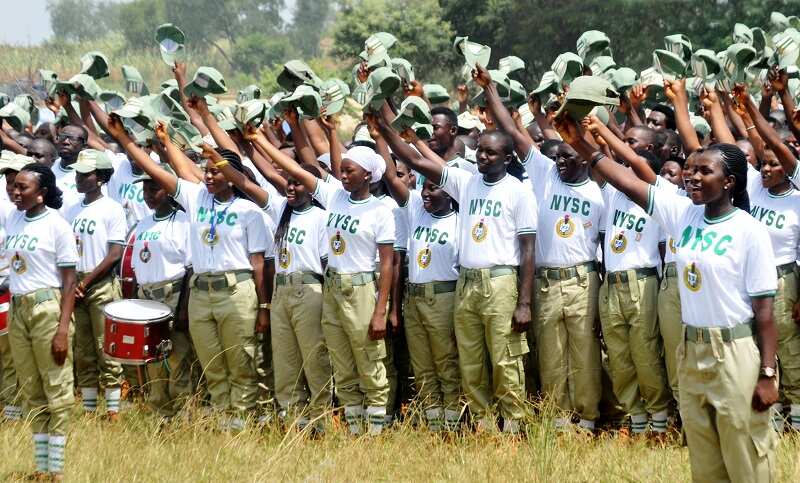 NYSC was created on 22 May, 1973 as an avenue for the reconciliation, reconstruction, and rebuilding of the nation after the civil war. It was established based on decree No. 24 that stated that the scheme was created “with a view to the proper encouragement and development of common ties among the youths of Nigeria and the promotion of national unity”

Corps members (participants in the National Youth Service Scheme) are posted to states other than their state of origin where they are expected to mix with people from different ethnic groups, social and family backgrounds, and learn the culture of the indigenes in the location they are posted to. This action is aimed at bringing about unity in the country and help the youths appreciate other ethnic groups. There is an “orientation” period of approximately three weeks spent in a military controlled “camp” away from family and friends.