» Celebrity » How Michelle Obama's Thigh-high Boots Worth $4,000 Break the Internet

How Michelle Obama's Thigh-high Boots Worth $4,000 Break the Internet

During the promotion of her memoir 'Becoming', Michelle Obama made her boldest fashion statement till date in Balenciaga boots. 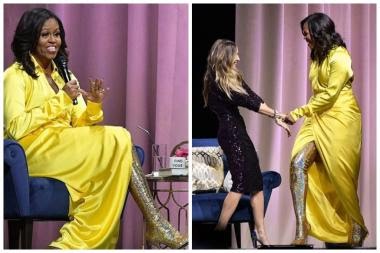 We have always been obsessed with the former First Lady Michelle Obama's sartorial choices and this time she will make you want to pick your jaws off the floor.

Lately, Michelle Obama has on tour for the promotion of her bestselling memoir "Becoming." On Wednesday, for her interview with Sarah Jessica Parker in Brooklyn she donned a stunning yellow silk dress by luxury fashion house, Balenciaga.

There was something else that stole the show apart from her outfit. We are talking about her thigh-high sequin Balenciaga boots.

The iridescent boots dazzled like the First Lady's million dollar smile and it cost pretty much the same. Yes, the boots cost a whooping amount of $4,000. 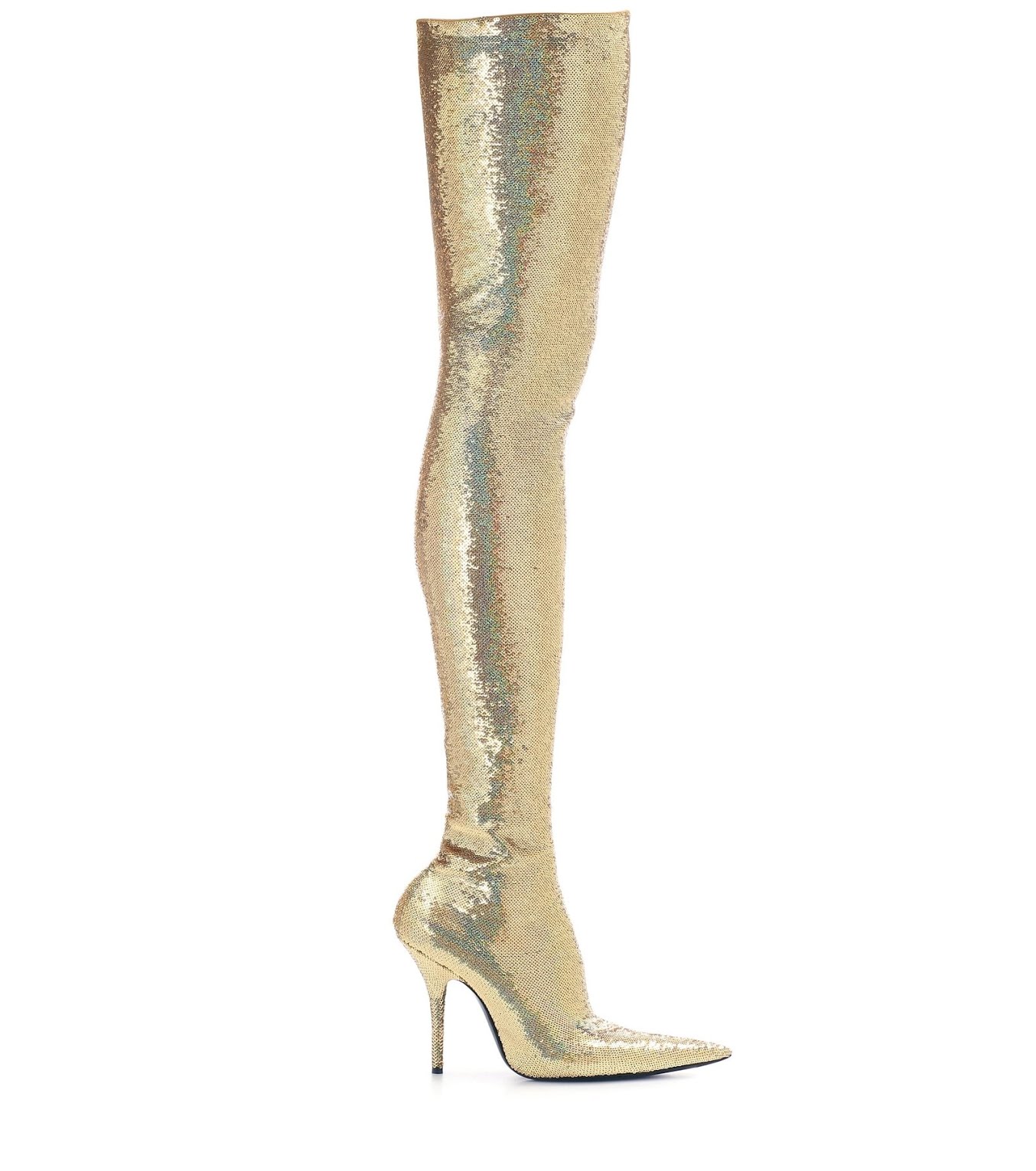 Soon after she made heads turn in Brooklyn, the next thing you knew, the sequin boots took the internet by storm and were nearly sold out on the Balenciaga's official website.

During the interview with Parker, Obama spoke about her journey as the First Lady, the evolution of her fashion statements and how she feels liberated about her sartorial choices at present, she said, “Now, I’m free to do whatever and there is no real message behind the boots. I simply liked them."

On being asked about her statement boots, she said, “They were just really cute,” she added. “I was like, ‘Those some nice boots!’

We totally agree with Michelle.

According to The New York Times, Michelle's stylist in the White House, Meredith Koop, has styled all her book tour outfits.

Talking about Michelle's wardrobe even as a First Lady, Michelle believed in elevating designers with different backgrounds and wore a mix of designer wears and affordable clothing pieces which made her fashion statements achievable.

Here is how the Twitterverse reacted to her thigh-high boots.

Title : How Michelle Obama's Thigh-high Boots Worth $4,000 Break the Internet
Description : During the promotion of her memoir 'Becoming', Michelle Obama made her boldest fashion statement till date in Balenciaga boots. W...
Rating : 5

0 Response to "How Michelle Obama's Thigh-high Boots Worth $4,000 Break the Internet"